Does a Cat Need Lighting? Shall I Leave a Lamp For My Cat At Night?

People who raise cats may know that their pets will become nimble predators at night. 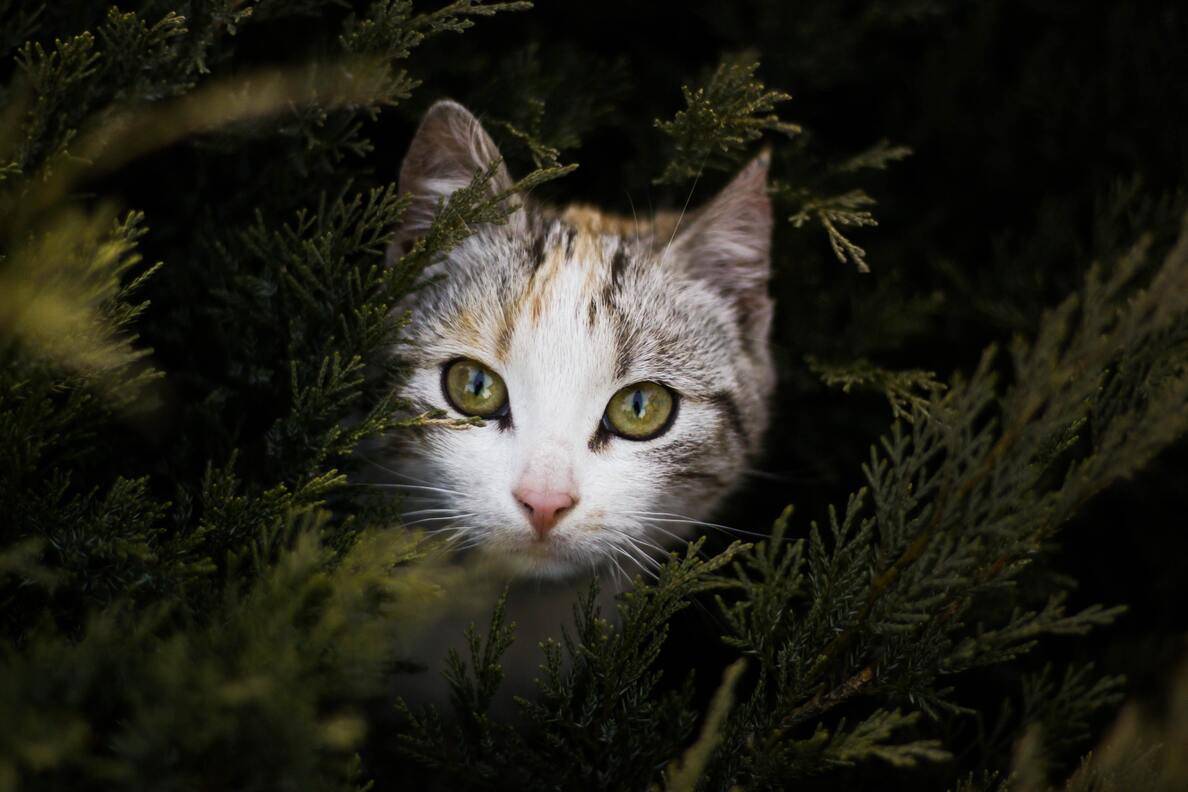 People who raise cats may know that their pets will become nimble predators at night. It’s common to see your cats running around the house at 3:00 am, as their genes decide their hunting behavior during the night. The idea that these elves enjoy the dark may come up to your mind since they tend to hunt excitedly during the night. But is that really the case? Voices are varied from person to person, and some people think that cats do like the darkness, which enables them to capture their preys more easily, and therefore, any lighting that exists may spoil their pleasure. However, the others hold the idea that cats have no supernatural power, as far as their eyesight in the dark is concerned, and lighting is a must to keep the kittens safe when they are hunting in the dark.

Wild animals tend to sneak out for food during the night since such behaviors conducted in the daytime would highly increase their exposure to dangers. However, as a predator, cats outsmart their little preys and have long been mastering the way to make their living, which explains the reason why cats are more frisky during the night.

Furthermore, since cats’ eyes are more sensitive to the light by birth, they doze off quite often during the day to avoid the dazzling light, which also saves them energy for hunting at night. However, the biological clock of cats can be changed according to the daily schedule of their owners. That’s to say, your cat may be active by daylight and sleep with you quietly at night. In addition, studies have shown that cats are most active in the early morning. During this time, the sunlight is mild, and cats are relaxed. At the same time, stray cats generally hunt for food while house cats frisk all over the house before their owners wake up. On the whole, most domestic cats can sleep quietly with their owners at night because they have gotten used to the schedule set up by their owners. 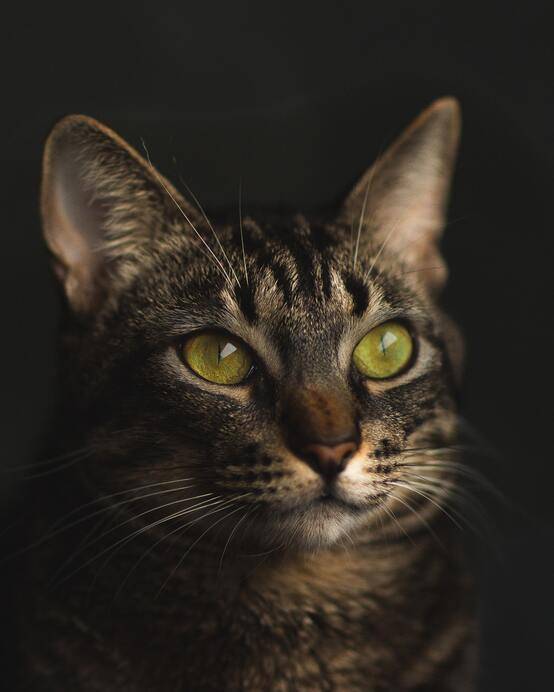 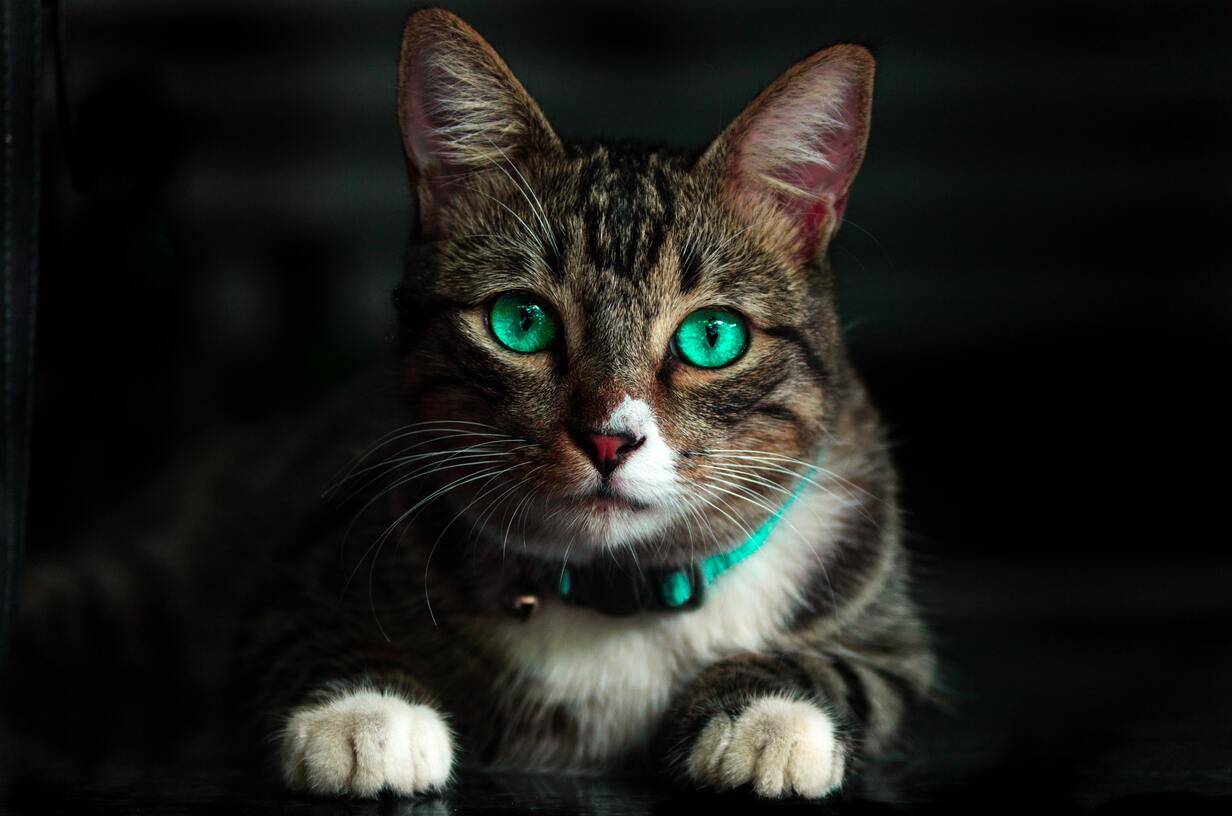 Try taking a closer look at the eyes of cats and you will be amazed by the dynamic changing of their pupils as the intensity of light varies. They narrow down their pupils to prevent the capture of too much light that may hurt their eyes, and when the night falls, they have their pupils dilated to improve their sight.

Interestingly, that’s also the reason why they become excellent hunters at night. During the nighttime, their vision is optimized with dilated pupils as well as curved corneas. Cats boast better eyesight in the dark than humans do, as their pupils can be dilated up to 300 times, while humans can only make it 15.

Can cats see things without lighting in absolute darkness?

The answer is no. Although cats are mysteriously attractive, they have no supernatural abilities. Like other mammals, light is a necessity for their eyes to work properly. However, cats do need less ambient light than humans do to capture the same clear view by their eyes, and besides their eyes, cats can also explore the surroundings in the dark with the help of other parts of their body. 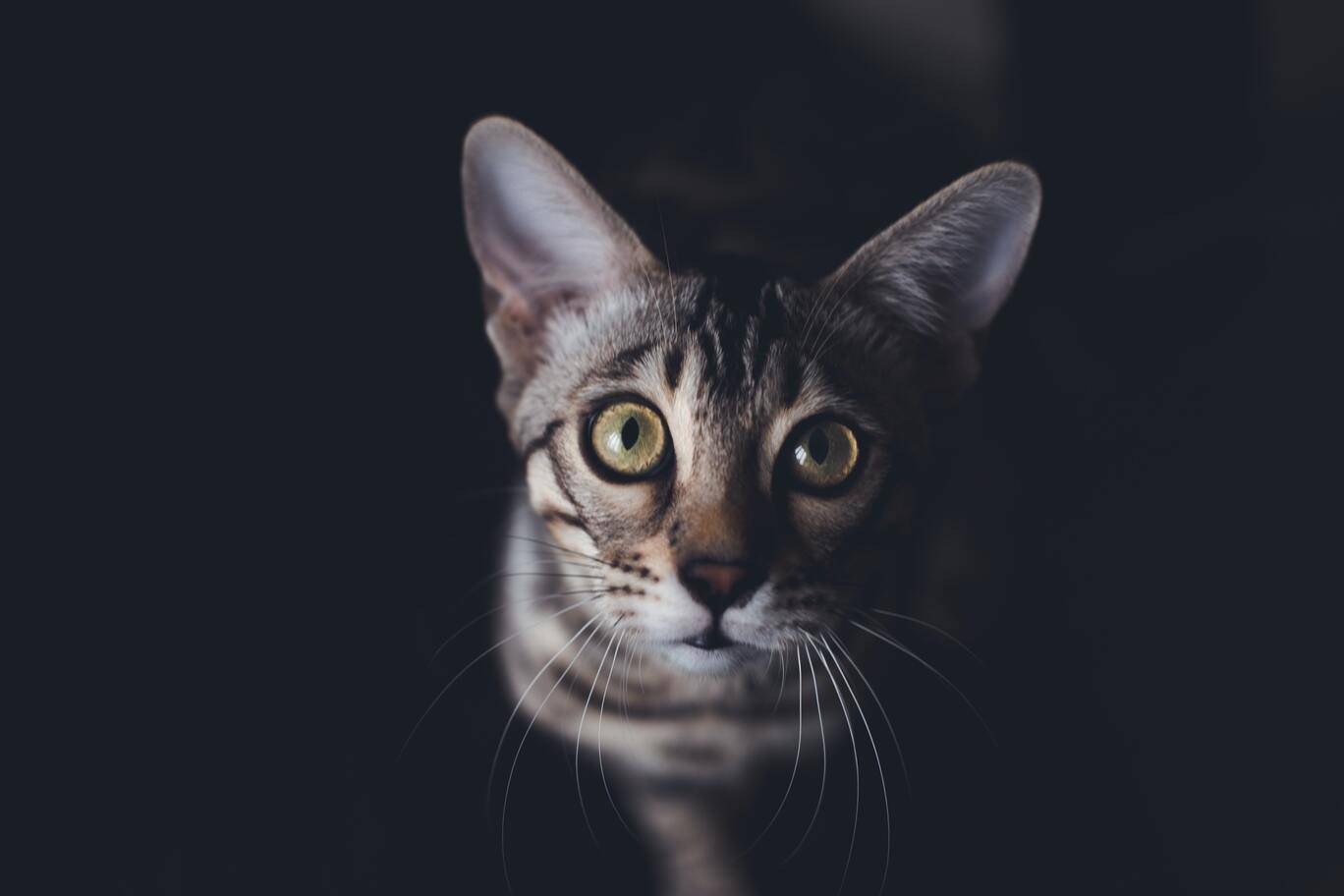 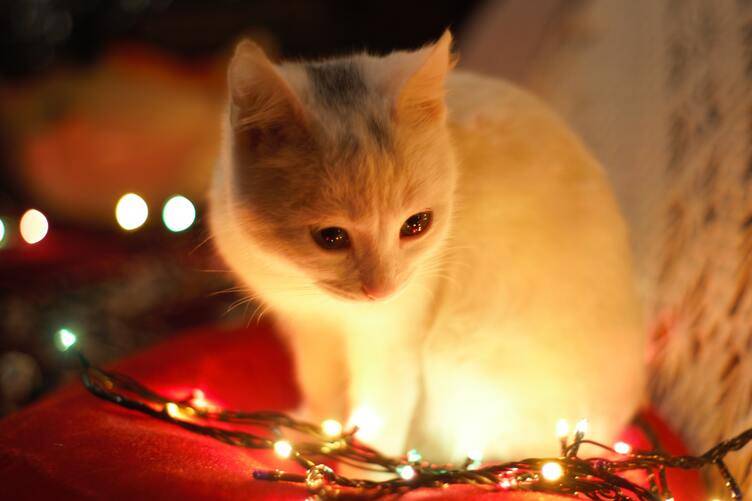 Should I leave a lamp on for my cat?

As it is mentioned above, light is a necessity for mammals’ eyes to work properly.   Therefore, is it necessary to leave a lamp on for our cats at night? Generally, cats don’t need a lamp at night as the residential light outside the windows and inside the house is enough for them to see things at night. But if your cats are very active during the nighttime (like many tiny cats who haven’t been accustomed to their owners’ daily schedule), to leave a night light in the evening will prevent you from stumbling or stepping on your cats. 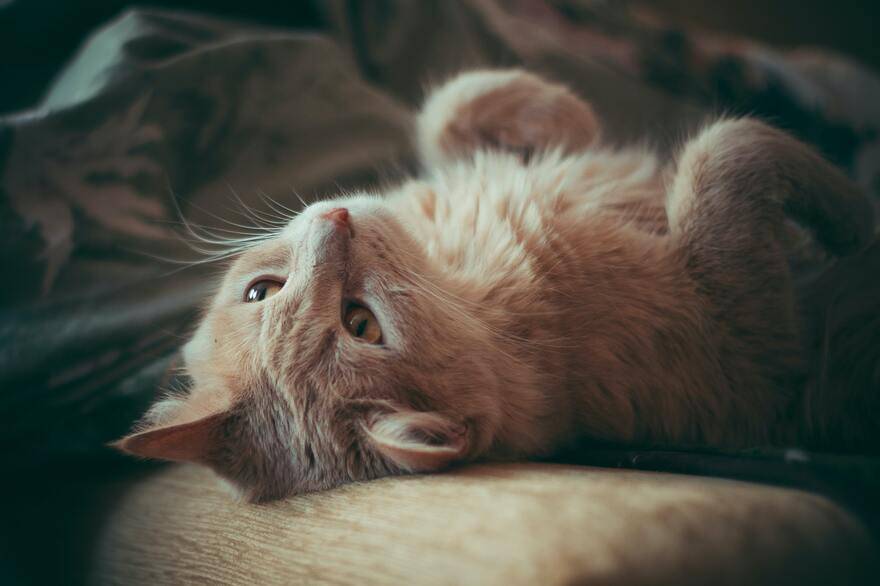 3 tips to help your cats sleep at night:

In addition to keeping the lights dim at night for safety, here are a few things you can do to keep your cat safe (and sleep!) at night, especially if it’s a new kitten:

1. Establish a nighttime routine and stick to it.

Cats are like children: they are more adaptable to fixed schedules. You can establish a routine for your cat to teach it to sleep at the right time. If possible, go to bed around the same time every night. This will help your cat get used to your routine and be more likely to get up and sleep with you.

2. Turn off the lights at a specific time.

When it gets dark, it’s time for your cat to calm down and go to bed. However, keep in mind that cats love to hunt at night, so only darkness is not enough, you also need to keep them in bed all night!

The time a cat eats has a great influence on its sleep time. Usually, if a cat is particularly restless at night or in the early morning, it is just because it is hungry. If you can change the frequency and way of feeding cats, you may have more peaceful nights.

Our Products Used for Night Lights